Here are some pictures of Lesley’s beautiful garden–her pride and joy!

A winter full moon over the ti-trees: 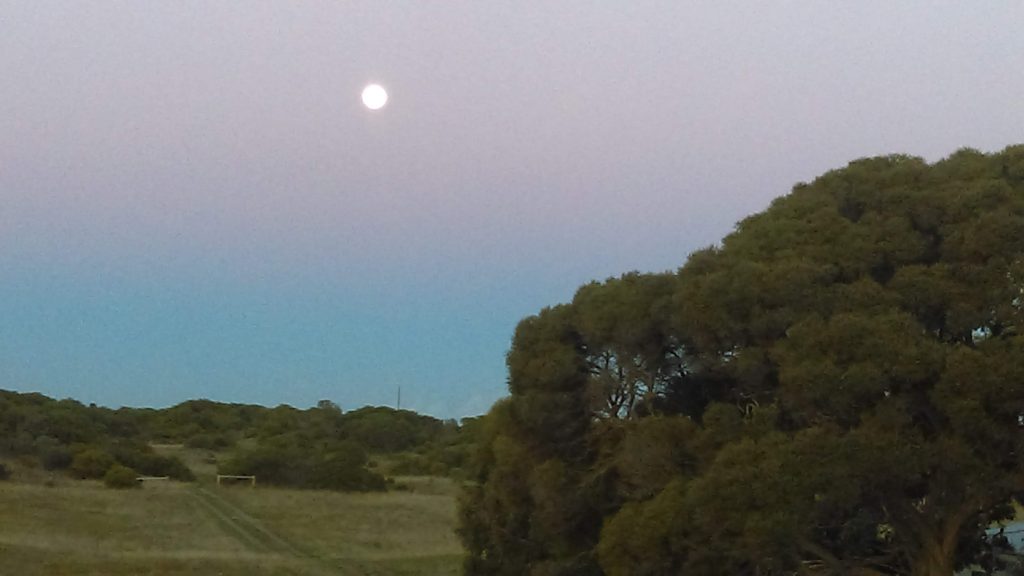 Rainbows following a squall, with the western sun behind it: 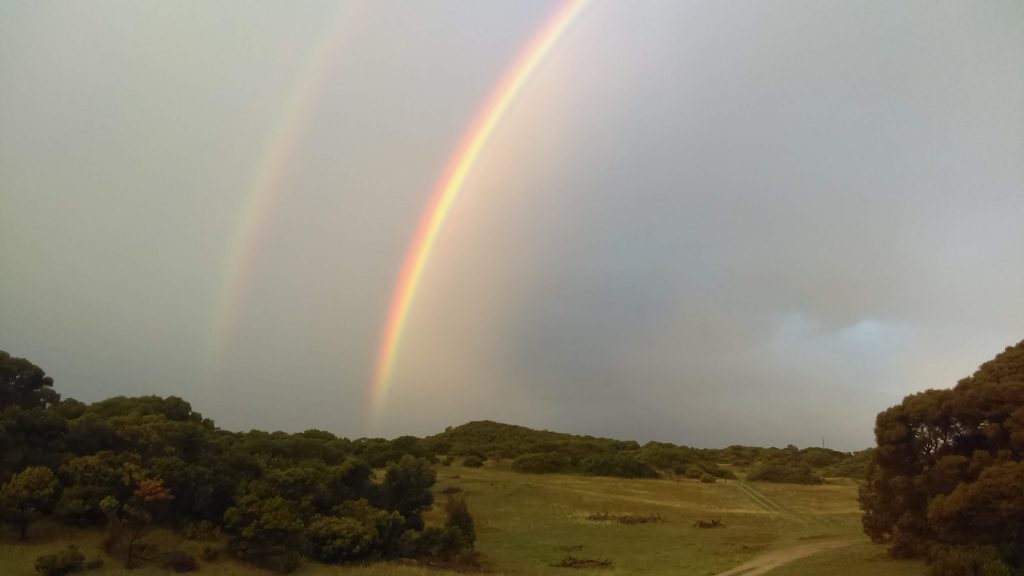 From two mornings of Lesley’s walks on Long Beach, with Joey. 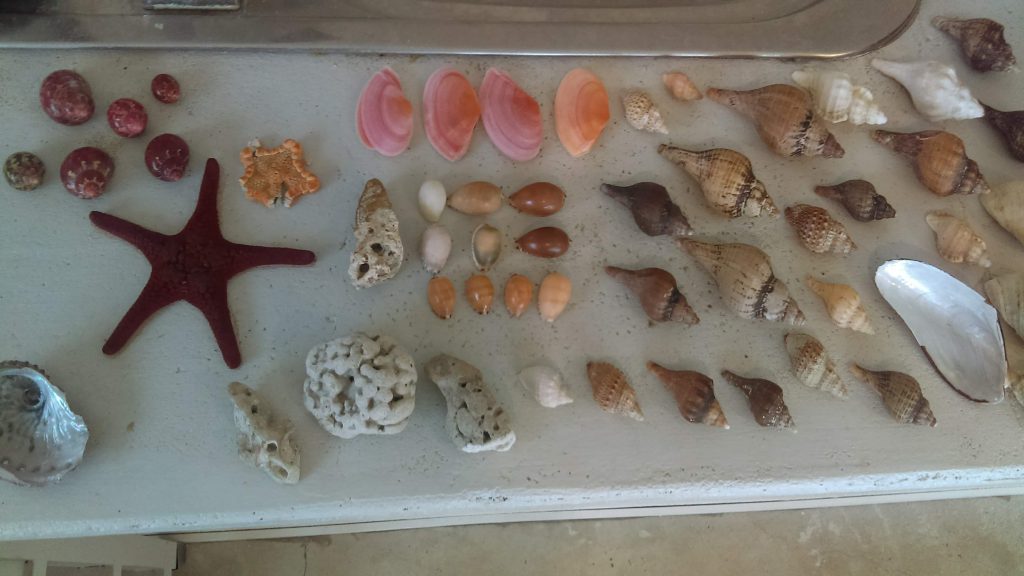 The house from Roland and Angie’s block, walking up the track Roland cleared up and around to the back ti-trees. 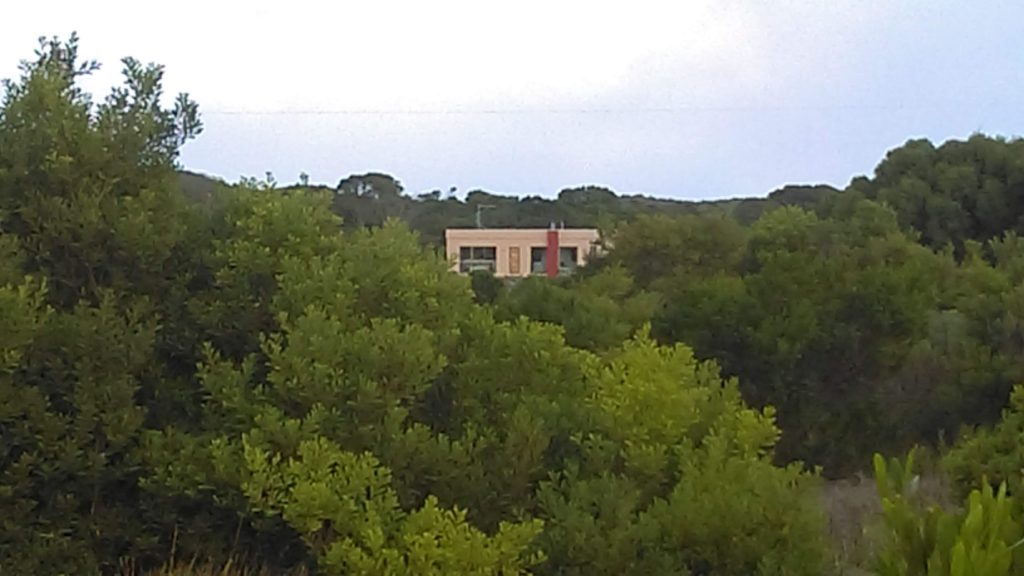 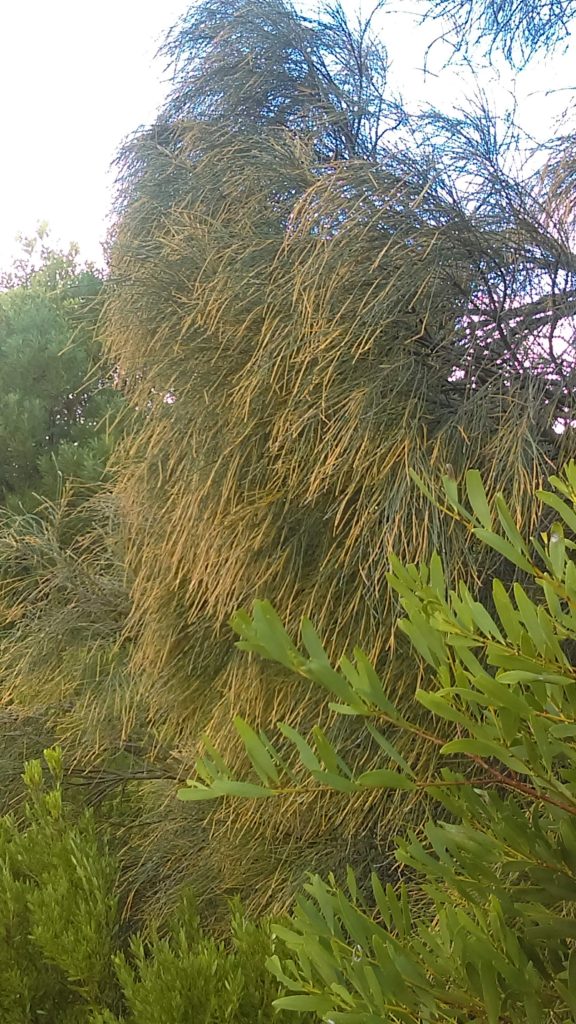 Lesley has been visiting Colorado, to catch up with the arrival of Harry, and of course with Elle, Charles, and Rafa. It’s coming into the North American summer, with lots of activities, including baseball, a traditional American activity which I always appreciated. The emergence of a pressure group–boys and dogs–is well under way. 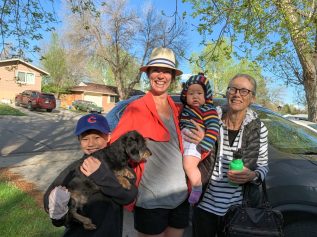 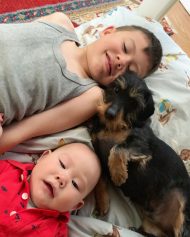 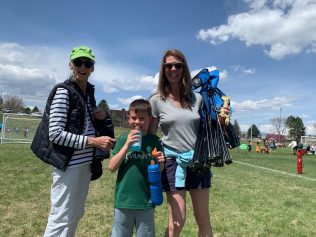 . . .and back home, the Silver Wattle down at the shed is out: 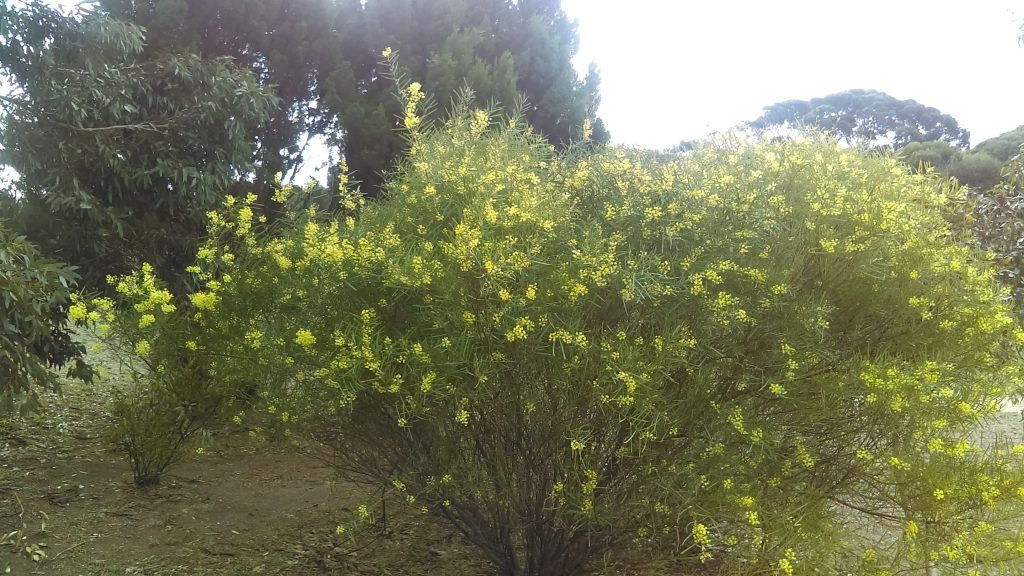 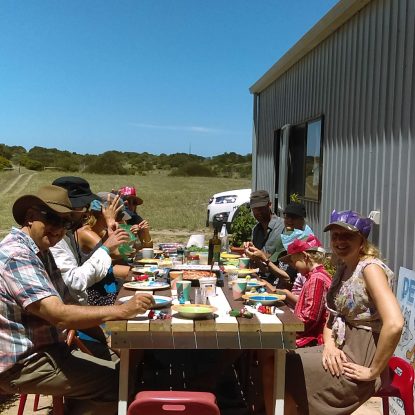 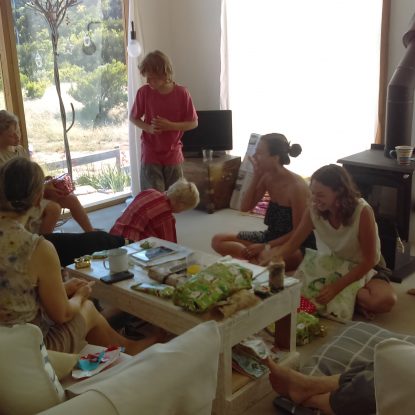 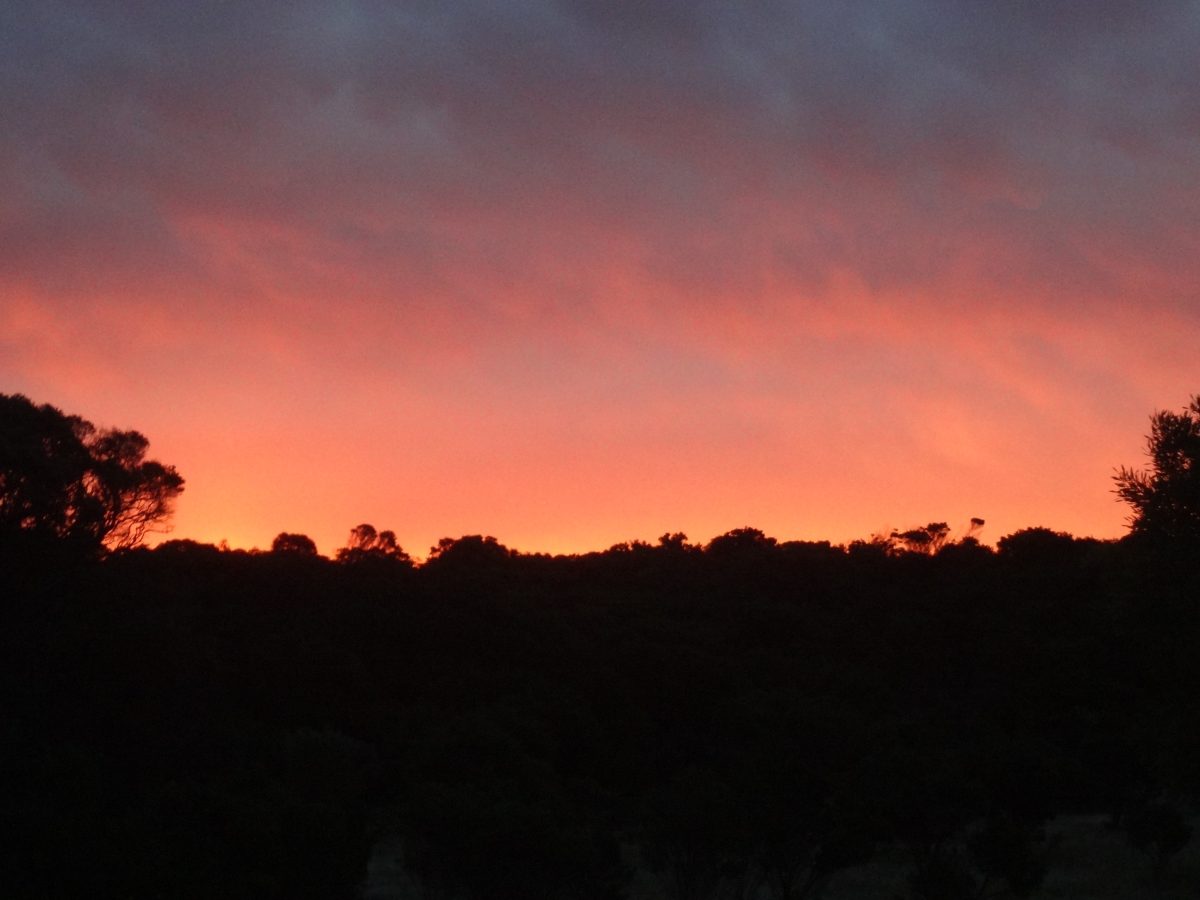 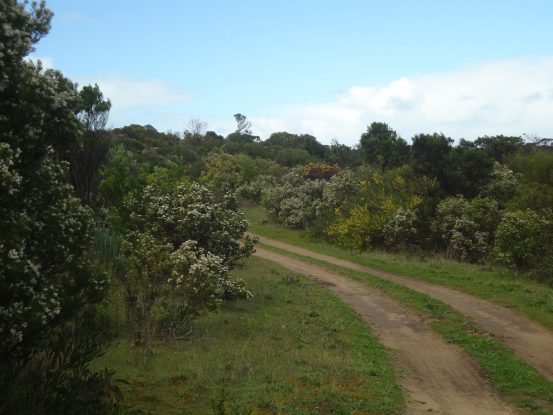 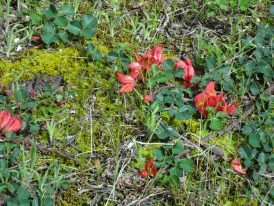 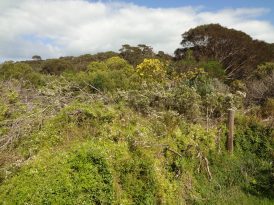 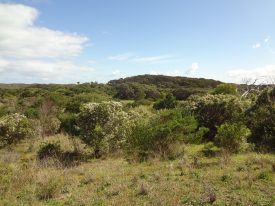 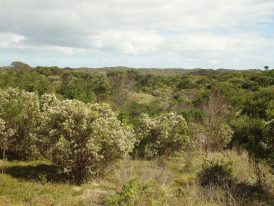 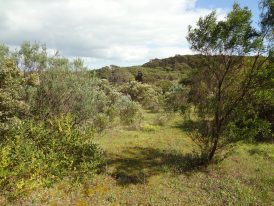 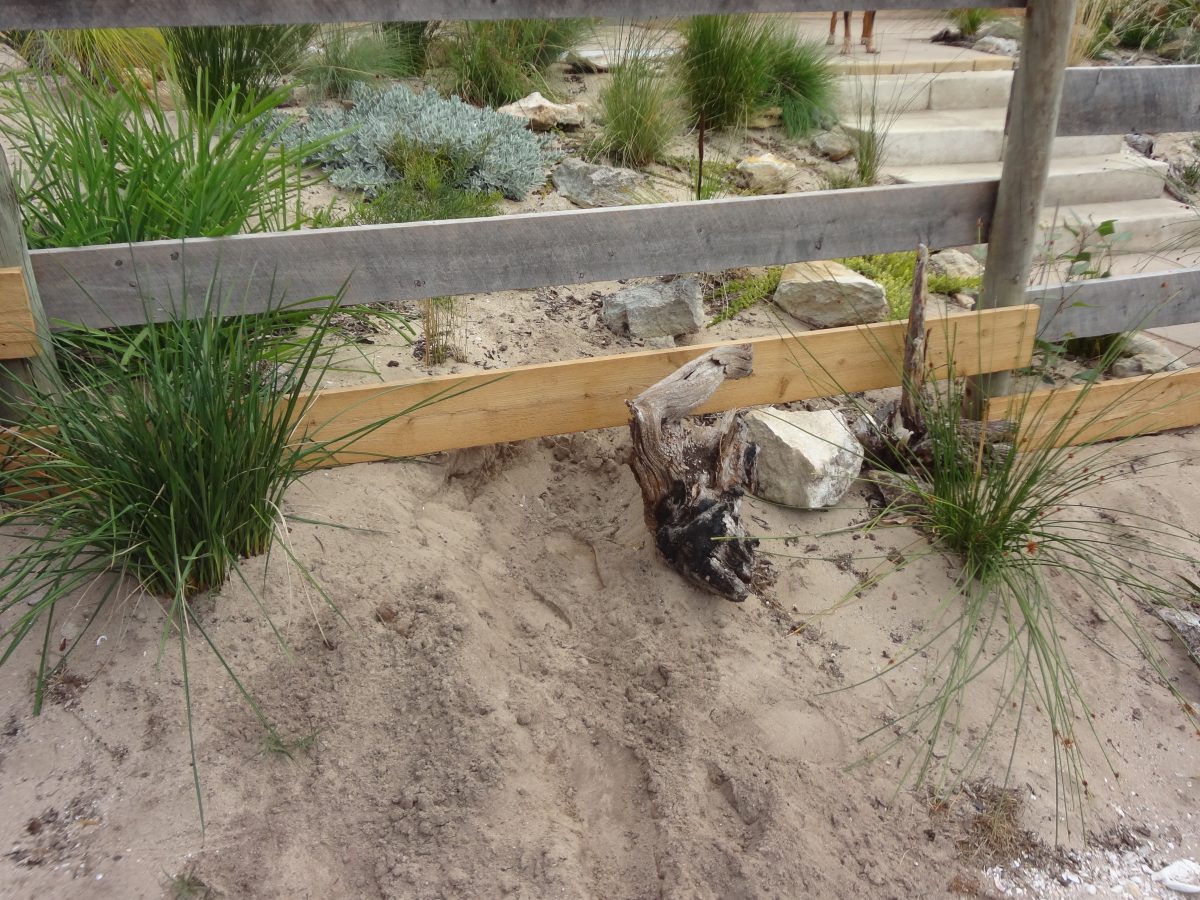 This has been an ongoing debate all summer. The native grasses that Lesley has planted and watered around the house–some of them relatively rare and difficult to grow–turn out to include some which are like chocolate for wombats.  They have had no difficulty getting through the fence–they are like little tanks and can dig. Putting rocks and timber in the way doesn’t stop them.

As the summer bush feed has disappeared with the heat and lack of rain (very dry here) the garden has become increasingly attractive to the wombat tribe. With the help of Roland and the boys we put in an outside rail low to the ground, but as you can see here it hasn’t deterred them–this is probably the fiercest of the various strategies, clearly by a determined and annoyed wombat who moved both the stump and the rock aside and then dug in.

The solutions seem to be (1) dig mesh into the ground off the bottom rail–but their burrows run down to a considerable depth, sometimes to underground water, so I’m thinking that is probably not going to work; or (2) accept they are going to eat some of the grasses which, one hopes, are adapted to it (or maybe not); or (3) plant only grasses wombats don’t like–although that theory hasn’t been tested and at a pinch they may like them all.

On the other hand we like wombats and are happy they are about. 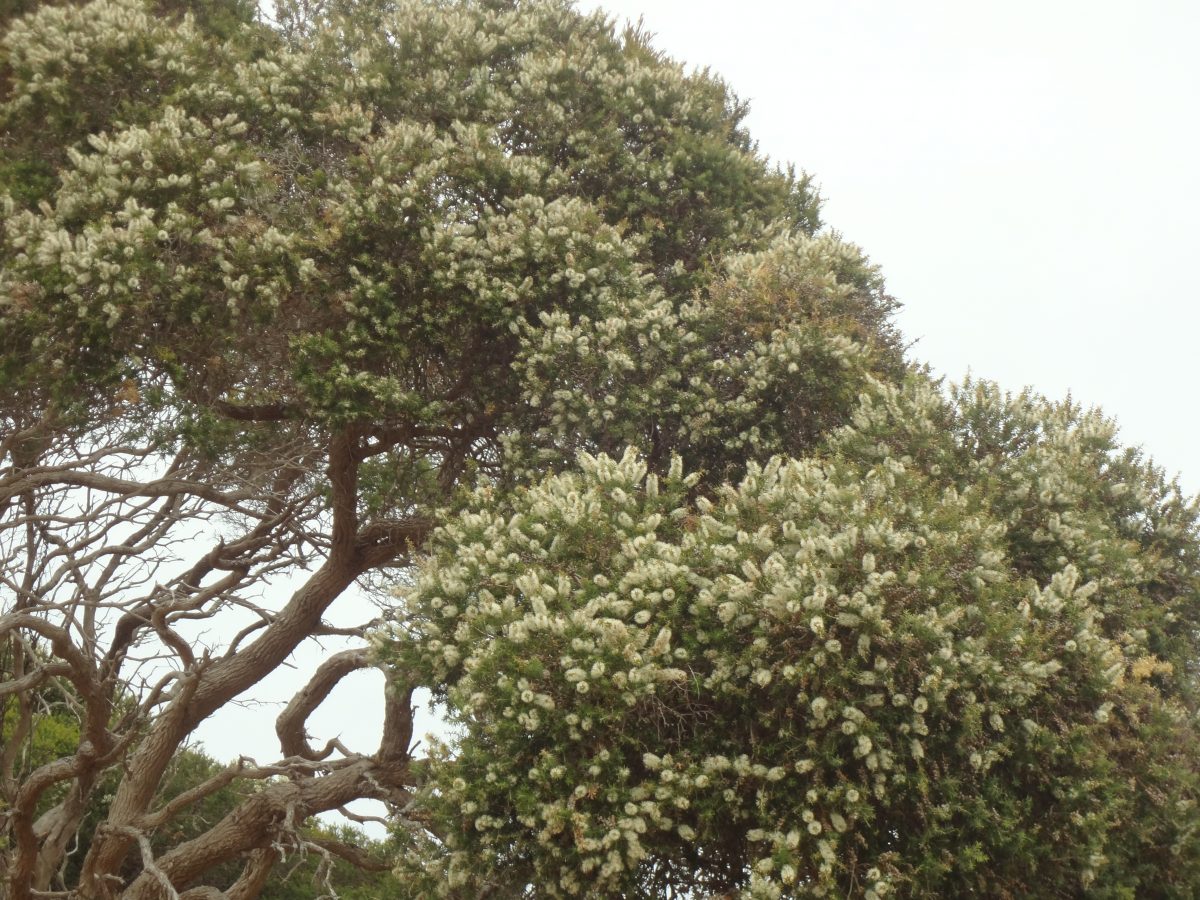